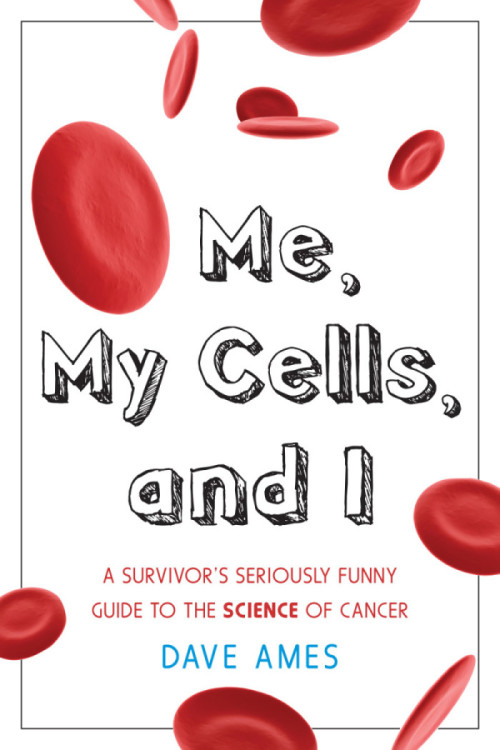 A Survivor’s Seriously Funny Guide to the Science of Cancer

With a dose of humor to help the biochemistry go down, Dave tells the benefits of alternative medicine and the latest cancer research. It’s not about beating the odds, it’s about improving them.

Me, My Cells, and I by Dave Ames is 2nd runner up in the Alternative Health category of the Coalition of Visionary Resources competition. COVR is a not-for-profit trade organization dedicated to supporting independent retailers, manufacturers, distributors, wholesalers & publishers of visionary books, music, and merchandise. The Visionary Awards are judged by retailers and seasoned professionals who evaluate each title based upon content, presentation, and their own knowledge of the industry.

Conventional medical wisdom changes constantly, so how do we make educated health decisions? Me, My Cells, and I helps its readers sort through contradictory medical advice by comparing different cancer treatments, proposing the idea that when your cells have more energy, so will you. To learn how to deal with his advanced prostate cancer, Dave Ames studied Nobel Prize winning research and learned to make treatment and lifestyle choices resulting from the effects on his cells’ ability to use oxygen. This path through the maze of conflicting health advice showed him what to eat and how to counter the side effects of radiation. His treatments ran the gamut from conventional drugs and radiation, to the less-conventional such as dietary changes and the decidedly alternative practice of Qi Gong. Dave synthesized his copious research to write the book he wished was available when he was diagnosed, adding a big dose of humor to help the biochemistry go down. He explains the benefits of alternative medicine, how the body works, and the latest mainstream research on cancer. He believes that when it comes to cancer, it’s not about beating the odds, it’s about improving them. Dave Ames is a fly fishing guide and author living in Missoula, Montana. His work has appeared in a wide range of newspapers and magazines, and his three earlier books have met with critical and popular acclaim. He has been cancer-free for several years and plans to stay that way using the knowledge he shares in this book. Since he looks pretty good for a guy who was supposed to be dead four years ago, he is continuing his research into integrated health care and how patients might best help themselves. Click here to listen to an interview with the author on The Dr. Melanie Show.