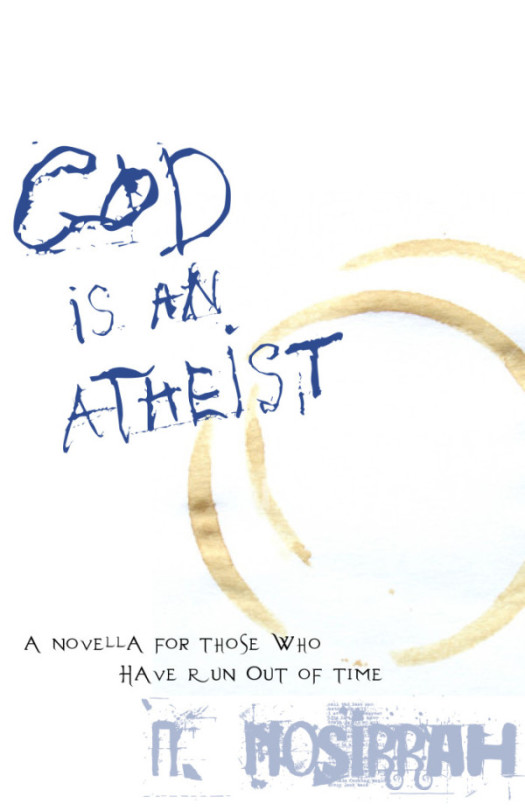 God Is an Atheist

A Novella for Those Who Have Run Out of Time

God is an Atheist is a funny romp through religion, spirituality, and the contemporary clash of beliefs, with special attention to the human obsession with knowing what can’t be known.

God is an Atheist is a profoundly funny romp through religion, spirituality, and the contemporary clash beliefs, with special attention to the human obsession with knowing what can’t be known. Nosirrah provokes just about everyone as he describes a world where God is on the run from Islamic extremists, the Pope announces he shares a bed with Richard Dawkins, and Buddha’s son disappoints by getting enlightened instead of becoming a doctor.

"To say this novella is strange might give the reader a way to relate to it, but in fact, nothing will shift the burden away from the reader. In its pages, the world is bent around the reader’s mind until either the mind itself begins to bend, or indeed, breaks. A book without plot, characters, structure, or obvious purpose, this is an endless descent into the netherworlds of a dystopian mind. If a thousand monkeys typing endlessly would eventually produce all great works of literature, then God Is an Atheist is their first draft."

Praise for God Is an Atheist

"God is an Atheist is a quick yet provocative read—although whether it provokes thought, anger, or mere annoyance will depend on the reader. Nosirrah is either irresistibly engaging or in dire need of Ritalin. But his whirling dervish style is distinctive and smart. He offers much to think about and much to laugh about, too.”