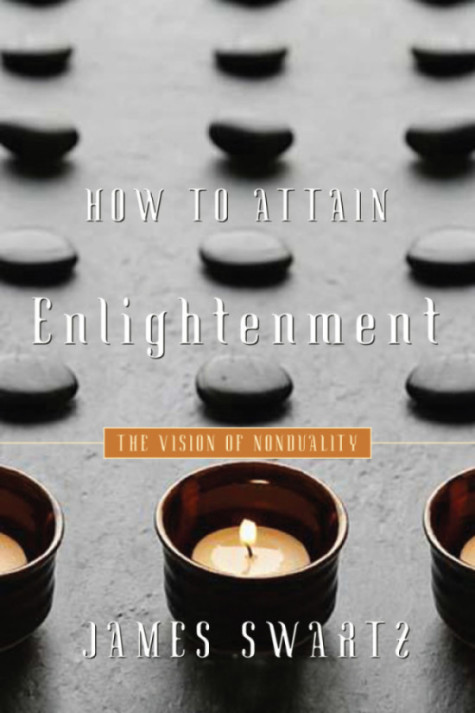 How to Attain Enlightenment

The Vision of Non-Duality

Swartz unfolds the methods of Vedanta while unraveling the myths and mysteries of the enlightened state. But this book does not simply present more spiritual techniques; it offers a body of knowledge.

Enlightenment has been eagerly sought for generations as a means to remove the limitations that compromise one’s happiness. Vedanta, the science of self-inquiry, has been described as the grandfather of all enlightenment traditions. James Swartz explains and unfolds the methods of Vedanta in his direct style, while unraveling the myths and mysteries behind the enlightened state. But How to Attain Enlightenment does not simply present one more set of spiritual techniques; it presents a comprehensive body of knowledge and practice that has successfully directed the inquiry into the nature of reality by the unsung thousands of enlightened beings.

The author starts from the point of view of any individual seeking happiness and logically walks the seeker through the whole spiritual path. The book explains how self-inquiry affects the lives of those who practice it, including its effects on personality, relationships, and the mind. How to Attain Enlightenment considers the qualifications necessary for enlightenment as well as the obstacles encountered on all spiritual paths, unfolding proven methods. The ancient teachings of Vedanta, once available only to those who could receive them directly from the sages of India, are now accessible to anyone with a hunger for freedom and enlightenment.

James Swartz is also the author of The Essence of Enlightenment.

Formerly a personal assistant to the revered Indian Mahatma Chinmayanda, James Swartz now engages his Western audiences with a mixture of mirthful straight talk and clarity. His topic is the ancient wisdom of the Vedanta as taught over two thousand years ago through the Upanishads, the Brahma Sutras and the Bhagavad Gita.

Designed specifically for a Western audience, in this video James clearly explains all of the principles of Advaita Vedanta. His approach is contemporary; James’s great gift is to approach his audience with images and examples they can immediately grasp and appreciate.

Praise for How to Attain Enlightenment

Sentient Publications presents its next best-seller, How to Attain Enlightenment: the Vision of Nonduality by acclaimed author James Schwartz, who offers his ample wisdom on the ancient teachings of “Vedanta”.

In Hinduism, Vedanta is a system of philosophy that further develops the connotation in the philosophies that add to the theology of ancient Hinduism.

In his first chapter, Inquiry into Object Happiness Schwartz holds the key to what it means to discover enlightenment… rather, a higher sense of awareness and consciousness to receive guidance and be in unison with the power of the Universe:

“What we call reality is governed by the uncertainly principle,” writes Schwartz, “Because our source of food, animal or vegetable, is unconcerned about our need to survive, we are forced to either pursue it or cultivate it. Shelter does not simply happen on its own but requires effort to obtain.” The same principle holds true in what he further elaborates that even when material needs have been met, individuals often find that they are still not completely fulfilled or satisfied in their lives—this is where having and maintaining a state of Vedanta helps soul seekers to be at one with the self and with the Universe, regardless of life circumstances.

If you are on a quest for wisdom and are ready to manifest a heightened state of consciousness so that you can become liberated and freed from the limitations that negate your personal and spiritual happiness, then gain the knowledge you need that Schwartz offers in his book How to Attain Enlightenment through a vast array of teachings, meditations, and more.