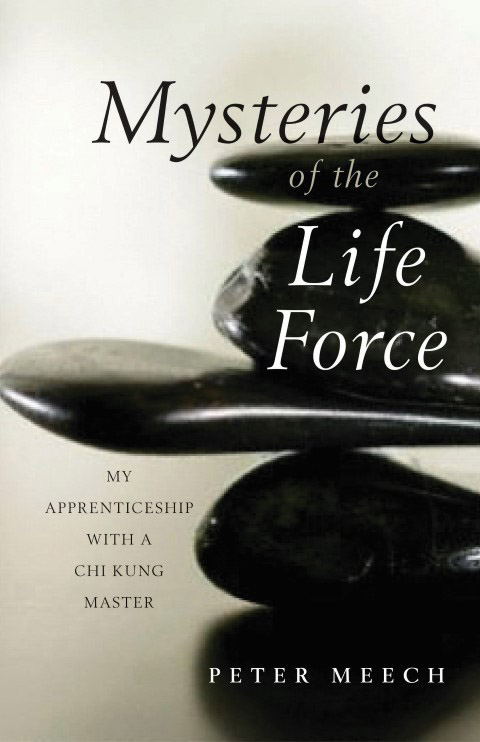 Mysteries of the Life Force

My Apprenticeship with a Chi Kung Master

This book chronicles the first seven years of an extraordinary apprenticeship that took place in Toronto between the author and a celebrated chi kung master from Shanghai.

This book chronicles the first seven years of an extraordinary apprenticeship that took place in Toronto between the author and a celebrated chi kung master from Shanghai.

Chi kung is sometimes described as an internal martial art, and during the author’s apprenticeship, he learned how to manipulate the mysterious life force called chi.

Originally, the author wanted to interview the chi kung master after watching him perform on Ripley’s Believe it or Not. Instead, the author became an unwitting apprentice and embarked on an incredible journey of inner exploration that continues to this day.

Many astonishing events occurred during the apprenticeship, such as frequent telepathic exchanges between master and student, the throwing of chi-energy over great distances, and at least one instance of what could be called Jedi mind control, right out of the movie Star Wars.

To complete the first phase of the apprenticeship, the author had to pass a big test, but the nature of the big test was never disclosed. In fact, an important part of the big test was discovering exactly what the it consisted of, and this detective work is the narrative thread that pulls the reader through the story to its startling conclusion. By turns, suspenseful, philosophical and humorous, this book takes the reader on a fascinating journey into the mysterious world of chi kung.

Praise for Mysteries of the Life Force

Mysteries of the Life Force is a beautifully written account of a Westerner’s introduction to an ancient Eastern discipline. Peter Meech, the author of this engrossing tale, provides his readers with an adventure more authentic than anything in the Castaneda books as he slowly develops what his chi kung master refers to as a ‘Chinese brain.’

Peter Meech has written a vastly entertaining account of his apprenticeship with Dr. Chow, a chi kung master from Shanghai. The pages sparkle with wit and wisdom and contain facts about chi kung found nowhere else. If there is another book on chi kung that is more engaging, I haven’t read it.