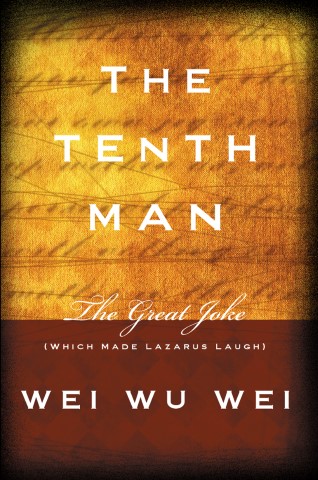 The Great Joke Which Made Lazarus Laugh

Drawing from Buddhism, Taoism, and Advaita Vedanta, this anonymous writer renders insights from ancient traditions in his own radical, uncompromising language, with humor and profundity.

Between the years 1958 and 1974 a series of books appeared that were attributed to the mysterious Wei Wu Wei. The Tenth Man, an essential work of this enigmatic sage, is being brought out in an new edition by Sentient Publications.

Drawing from Buddhism, Taoism, and Advaita Vedanta, this anonymous writer renders insights from the ancient traditions in his own radical, uncompromising language, with humor and profundity. In giving us his version of the perennial philosophy, he brings a very different perspective to the conventional notions about time, love, thought, language, and reincarnation. As one reviewer states, "The nonsense of Wei Wu Wei is the sense of the infinite" (Sunday Standard, Bombay).

Wei Wu Wei's dynamic interpretation of the ancient teachings opens the reader's eyes: "I have only one object in writing books: to demonstrate that there could not be anyone to do it." In poetry, dialogs, epigrams, and essays he attempts to right our minds from their upside down view of existence and stop us in the tracks of our spiritual journey. If there is no self to "enlighten," then there is no need for a path to enlightenment. "A 'way' leads from here to there; from here to here, there can be no 'way'."

In the years since Wei Wu Wei's work was originally published, his stature has only increased. He joins Paul Reps, Alan Watts, and Philip Kapleau as one of the earliest and most profound Western interpreters of Zen Buddhism and Taoist philosophies.

Praise for The Tenth Man

The contents of this book are perhaps as enigmatic as the title. They consist of short dialogues and aphoristic meditations which are by no means easy reading; but which nevertheless deserve careful study. Perhaps the book should be more often on the knee than in the hand.