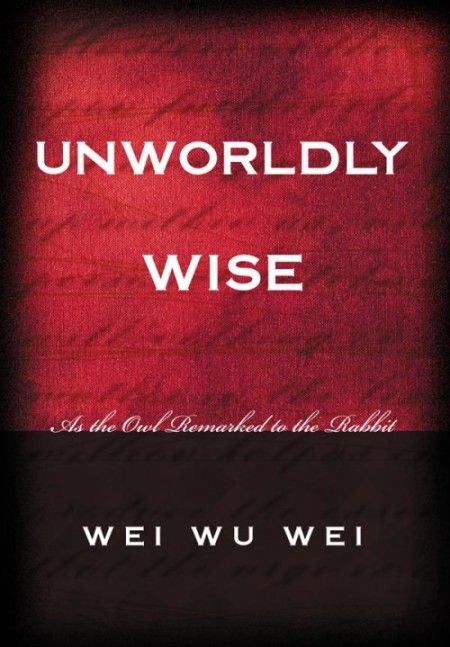 As the Owl Remarked to the Rabbit

In his version of the perennial philosophy, Wei Wu Wei brings a new perspective to notions about time, love, thought, God, and more, written entirely as dialog between a wise owl and a naïve rabbit.

This classic gem of Eastern spirituality is especially timely in the current climate of interest in Buddhism. In giving us his version of the perennial philosophy, Wei Wu Wei brings a fresh perspective to conventional notions about time, love, thought, God, friendship, loneliness and religion. Using the double pseudonym O. O. O., the author was obviously having some fun with this final book, which he wrote entirely as a dialog between a wise owl and a naïve rabbit. In the introduction, which he signs Wei Wu Wei, he states “I fear that O.O.O. might reply to my suggestion or plea [to represent human beings in such a dialog] by again raising his eyebrows—a habit he has—and pointing out that human beings have neither the charm, the frankness, nor the simplicity of our animal brothers, and that their discussions would be cantankerous and obscured by the mists of conceptuality.”

The core of Wei Wu Wei’s understanding is non-doership.