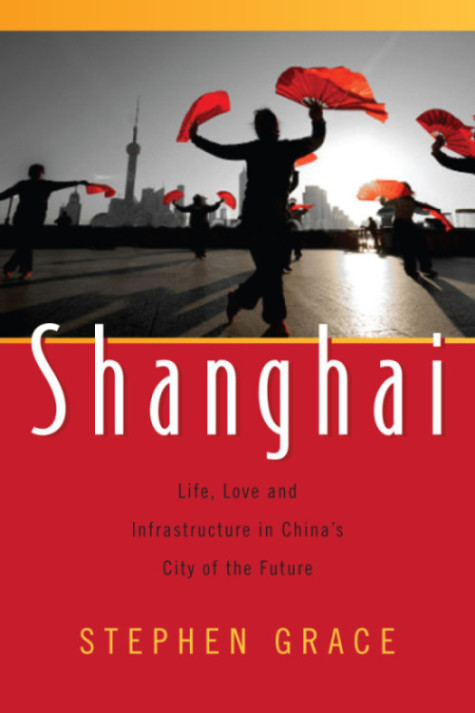 Life, Love and Infrastructure in China's City of the Future

Shanghai places China’s development into context by explaining how the country is where it is today and why it’s undertaking huge infrastructure projects with tremendous social and environmental impact.

Shanghai is the most modern and dynamic city in China. In preparation for hosting the World Expo 2010, a World’s Fair in the grand tradition of international fairs and expositions, the megalopolis embarked on an overhaul to transform itself from the “Pearl of the Orient” into the “City of the Future.” Here, the world’s tallest buildings soar, the planet’s longest bridges span toxic waterways, and the fastest train on earth rockets through the city from its storied past toward a future that seems, by turns, either as bright or as hideous as the lights that set the hazy sky aglow each night.

At a time when interest in China has seen a sharp increase that shows no signs of abating, Shanghai places China’s development and its effects on the world into context by explaining how the country arrived where it is today and why it is undertaking massive infrastructure projects with tremendous social and environmental impact. Shanghai provides an intimate look inside a mega-city heaving with change and offers essential insight into the challenges of remaining human in an increasingly urbanized world.

Shanghai, the book, is fascinating, funny, and frightening, just like Shanghai the city. Stephen Grace has done the impossible: He has explained—in entertaining, understandable language—the bizarre contradictions that make up modern China. Mr. Grace should be given grants, honors, and awards for pulling this off.

Stephen Grace has a love affair with Shanghai, and he portrays it wonderfully. His Shanghai is a charming, thoroughly engaging portrait of a city in motion, full of hopeful people in a megacity that seeks to establish itself as a model of the future. Grace captures Shanghai’s spirit mainly through his on-the-street conversations and musings, bringing out (as would a sharp-eyed visitor to New York or Paris) the human side of this enormous and diverse city.

Having inhabited Shanghai as both a necktied businessman and coatless wayfarer, Stephen Grace has earned an opinion; but he’s earnest and smart enough not to pretend to fully understand this pre-apocalyptic 22nd-century city. Grace bends time between the magnanimous past, electric present, and dubious future. The city itself becomes a grand flawed protagonist who drinks lattes and drives a Buick through toxic air. Grace understands his place in the story and his are the novelists’ sensibilities; his observations and scenes are in turn horrifying and hilarious. I’ve shelved Shanghai next to Charles Bowden’s Murder City as my favorite urban profiles of the year.

—Jon Billman, author of When We Were Wolves

Stephen Grace’s peerless Shanghai is a profoundly harrowing yet affecting heartsong. His genius for looking at what he sees with the precision of a cartographer and sharing his wonder with the fervor of a true poet enthralls. Yes, Shanghai spews apocalyptic pollution as a nightmare Oz, yet two enchanting young lovers are nestled in its molten core. And yes, Shanghai ponders the fate of the earth, yet it joyously sings of the human spirit. Oh, and it’s awakened me: China, c’est moi!